Land Rover, McLaren and Touring Superleggera among those to give exciting new car debuts due at Salon Privé at Blenheim Palace (1 – 5 September)

Salon Privé has become a must-attend event for car launches and debuts, and this year will be no different. There is no better place to meet the manufacturers and see the industry’s latest and greatest designs up close, and in 2021 it looks like there will be plenty to enjoy. Here are some of the exciting new car debuts due at Salon Privé ..

Legendary Italian design house Touring Superleggera returns to Salon Privé for the global debut of its Arese RH95. The mid-engined supercar is named to reflect 95 years of design heritage, and each one can be tailored to the requirements of the individual client. With its dramatic styling, the Arese RH95 follows on from the Disco Volante and the AERO 3 – which made its global debut at Salon Privé last year.

McLaren will give the latest model in its Longtail line-up – the 765LT Spider – its dynamic UK debut. With 765PS on tap and lightweight carbon fibre construction, it offers the extreme levels of performance for which the LT models are renowned – 0-124mph in 7.2 seconds and a top speed of 205mph. McLaren will build only 765 of these cars, which it justifiably describes as being ‘engineered without fear, driven by the fearless’.

Luxury Italian carmaker Automobili Pininfarina will be giving its Battista Anniversario (pictured top) its UK debut. The all-electric hypercar is the most powerful road-legal car ever to come out of Italy – with an astonishing total output of 1873bhp. Worldwide production of the Anniversario will be limited to just five cars, with the ultra-exclusive models – all of which are reserved – delivered to customers next year. They will represent the pinnacle of Automobili Pininfarina’s design philosophy. 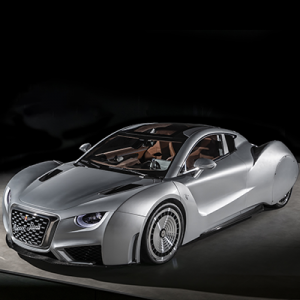 Hispano Suiza was one of the most prestigious automotive manufacturers during the inter-war period. Founded in 1904, this hyper luxury carmaker still belongs to the Suqué Mateu family – now in its fourth generation. Hispano Suiza has recently returned to car production with the Carmen, a fully electric hypercar delivering 1019bhp which was named after Carmen Mateu, granddaughter of the company founder. Designed, developed and manufactured in Barcelona, the Carmen features styling that evokes the 1938 Hispano-Suiza Dubonnet Xenia. Beneath its sensational shape lies cutting-edge chassis and powertrain technology. The Carmen will be given its UK debut at Salon Privé so that enthusiasts can see it for themselves.

Another all-electric hypercar set to make its first UK public appearance is the Automobili Estrema Fulminea. Founded in 2020 by Gianfranco Pizzuto, Automobili Estrema is based in Modena and is aiming to make the Fulminea ‘the fastest technology lab on wheels’. It will be the first car in the world to use an innovative ‘hybrid’ battery pack that combines Li-ion cells with solid-state electrolyte and ultracapacitors. The set-up provides 100kWh of energy to power the four electric motors, with a total output equivalent to 2040bhp.

Morgan’s sporting reputation was built on early successes in motoring trials that often took place on rough surfaces, and that era is being evoked with the recent launch of the Plus CX-T. Although it’s based on the standard Plus Four, the CX-T has been redesigned by Rally Raid UK as a rugged overland vehicle, with a full underbody protection system and bespoke suspension.

The Mono that weighs in at less than 600kg

The BAC Mono has always been known for pushing the boundaries of what is possible in a road car, and the latest Mono R – which will make its dynamic debut during Salon Privé Week – continues that tradition. Its 2.5-litre engine produces the highest-ever specific output for a naturally aspirated, road-legal model – 138bhp per litre. Thanks to the pioneering use of graphene in its body panels, the Mono R weighs only 555kg and is set to provide the ultimate driving experience.

The stylish A110 has put the Alpine marque back on the map in recent years, and its limited-edition Legende GT 2021 will be making its UK debut. Only 300 will be built, all of which will be more luxuriously equipped than the standard A110, and fitted with the 288bhp engine from the A110S.

As well as the new cars making their debuts, Rolls-Royce will be hosting the global public debut of the marque’s British showroom specialists, each of whom have created concepts for Ghost and Phantom. They draw upon influences ranging from local landmarks to British culture, and demonstrate the marque’s extensive scope for all things bespoke. There will also be the chance for enthusiasts to see the latest models from luxury carmaker Genesis. 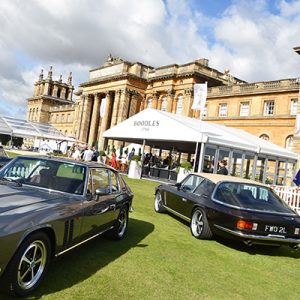 Salon Privé is at Blenheim Palace until 5th September

Salon Privé is proud to once again have Rainbow Trust Children’s Charity as its charity partner. The organisation provides emotional and practical support to families who have a child with a life-threatening or terminal illness, and thanks to the generation donations of guests and Concours entrants, the event has so far raised in excess of £1.1 million for these great causes.

Motoring is a regular section in Premier Magazine. To flick through our previous editions CLICK HERE